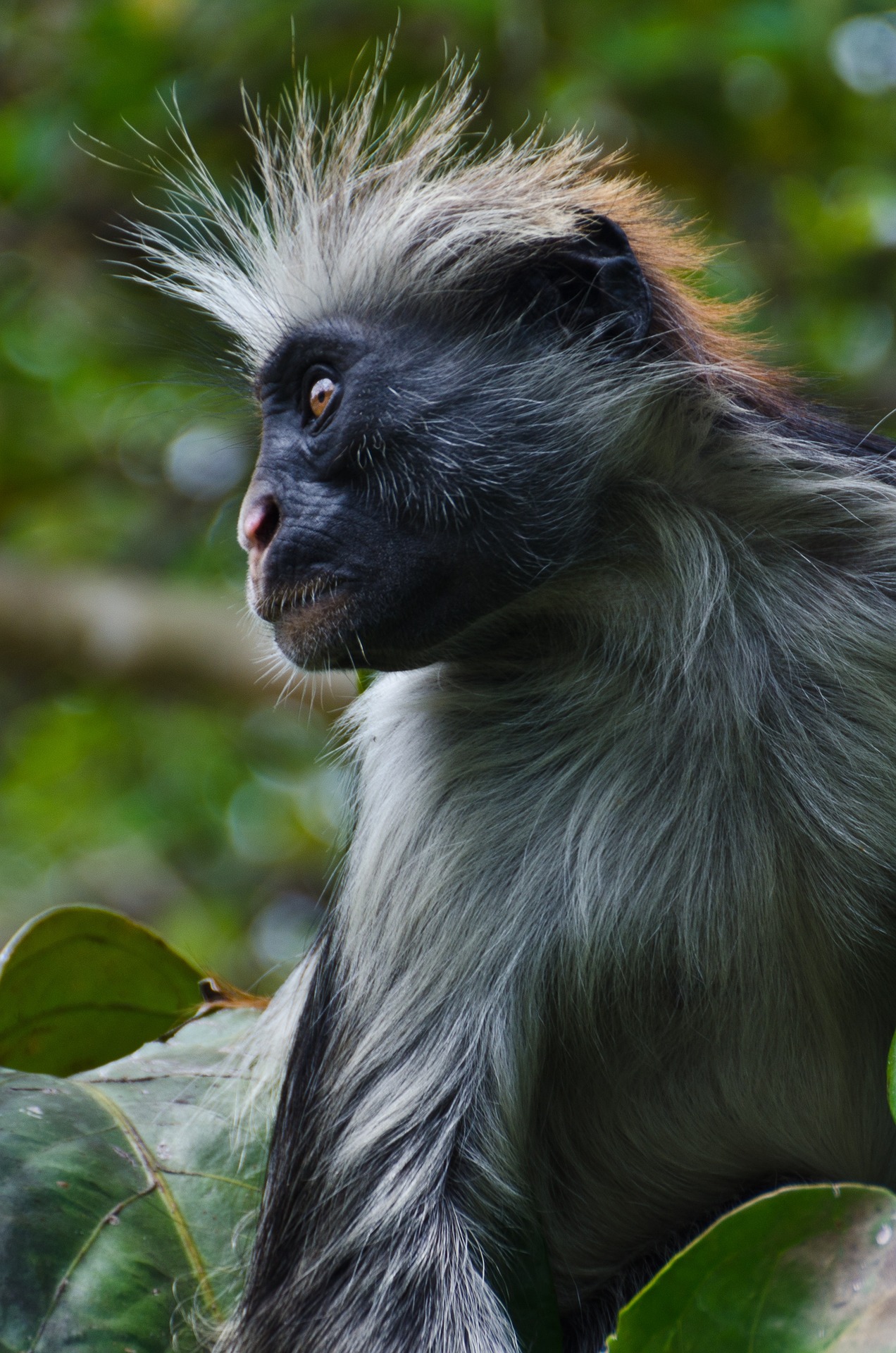 When I moved to the island of Zanzibar, I expected to enjoy a more peaceful lifestyle. It didn’t work. I took on headmaster duties at a local primary school, which was a dream job, but everything was much crazier than I’d expected.

My first big project for the school was a trip to Jozani National Park to see the monkeys. The kids would love it, and once it was over (I told myself), I’d finally be able to enjoy a peaceful, calm semester.

Right away, things were not easy. Two of the teachers were late because the road to their house was flooded. We had to leave without them. Once I got all the kids on the bus, a first grader named Hakim started throwing up. The drive was long and our bus kept overheating. When we finally got to the park, after I sang “The Wheels on the Bus” at least forty times, the kids were tired, I was exhausted, and everything smelled like hot dogs. (They don’t eat hot dogs in Zanzibar, but for some reason, that’s what Hakim’s throw up smelled like.)

The whole time, I kept telling myself that things would be fun. Once I got past all the craziness, then the fun would start.

Of course, that was before I saw our official park guide. He was Zanzibari, but he went by the very American-sounding name of “Ranger Bob.” Ranger Bob seemed like the least enthusiastic human being on the planet, and the kids could sense that. He started giving us a tour through the Jozani Forest, and he made all the giant trees and twisting mangroves seem as uninteresting as possible. We walked through the forest for about fifteen minutes and didn’t see a single animal.

The students, not surprisingly, were restless. The mangroves were genuinely beautiful and the massive oak trees felt like they came from a completely different world, but we were here for the animals. And the jungle seemed weirdly devoid of animals.

I was happy that the craziness had died down for a moment, but I was hoping that we’d be able to see something. Our group turned onto a different path and, as if on cue, a family of red monkeys stood right in front of us. These were Red Colobus Monkeys, some of the rarest primates in the world. They stared right at us, almost angrily, but Ranger Bob gestured for us to get closer. I went first, and my students followed. Soon, we saw movements in the trees around us. This wasn’t just one family of monkeys. It was dozens of them.

Finally, my students were impressed. This was what we came here for. A couple kids brought cameras, and we started posing for pictures. The monkeys didn’t seem to mind. Then, as if we were in the middle of a 70s horror movie, the monkeys all began to converge on us. They came from every direction, jumping between trees and over branches. They didn’t make any noises, but the trees around us rustled as if they were in a storm.

Was it scary? Yeah. And the kids didn’t really know what to do. They looked at me and the two other teachers (one of whom was filming and the other of whom seemed ready to faint), but no one said anything. A couple of the younger kids came closer and held onto my clothes.

Then they started laughing. Nervously at first, and then more assuredly. Ranger Bob laughed too. The other teachers didn’t. I didn’t, either, but I felt a sense of relief. They were just little monkeys, after all. They were jaded, tiny animals that saw groups of tourists walk through their territory every day. They weren’t dangerous at all.

“Aren’t they great?” I asked my students. (Rule number one for any aspiring teacher: Use your own enthusiasm to guide their enthusiasm. If you say something is great, then they’ll agree.) And the monkeys really were great. They were small, reddish-orange balls of fur with weirdly intelligent eyes. They stayed mostly in family units, with the smaller ones just a few inches behind their parents. They all got really close, but none of them touched us.

Until one mid-sized monkey jumped off his branch and landed directly on my shoulder. I didn’t move. I felt its light body balance itself on top of me. One of its hands touched the top of my head (presumably for balance, but I got the distinct mental image that it was going to start picking bugs out of my hair). And for the longest time, the monkey just sat there. On me. 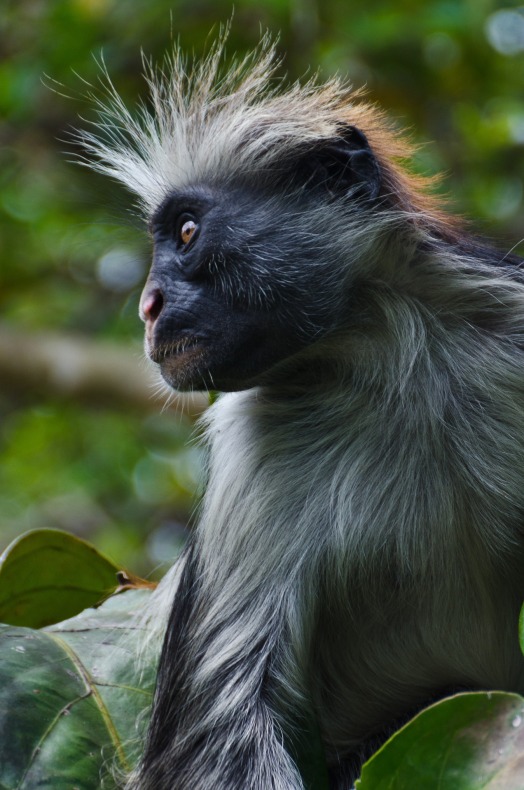 It was jarring. It gave me the chills. I wanted to shake the little creature off me. I wanted to…

And that was when I had this realization wash over me.

This was the fun part. After all the planning and the logistics and the awful bus ride and the whining children, a nosy little monkey had landed on my shoulder and gotten way too up-close-and-personal. And I was having fun.

This whole time—my whole life, really—I kept thinking that I had to work my way through all the craziness in order to get to the fun parts. I kept thinking that all the little surprises and frustrations were just necessary steps toward having a good time.

But that’s not true. That’s not how life works. In life, the craziness is the fun part. And just like that, with the weird little monkey sitting on my shoulder and making me shiver, I saw everything differently. The animal invasion was fun. The students’ weird reactions were fun. Heck, even the crazy bus ride was fun.

After a few seconds, the monkey jumped off my shoulder, skittered down a nearby tree trunk, and landed on the back of Hakim, Mr. Vomit himself. At first, the kid didn’t know what to do. He stopped laughing. He got really quiet. Everyone did. And then, we all laughed, even louder than before.

It’s been a few months since we had our trip, and there’s been plenty of craziness since then. We had an Israeli reality show come to our school to do some filming with the kids. We had several more trips to the beach (which of course means several more hot-dog-smelling bus rides). And I’ve dealt with more surprise emergencies than I could ever expect.

And I love it. Because what seems like total chaos is actually the good part, the part that I’ll remember in fifty years. I’m already starting to forget the quiet moments of walking through the peaceful mangroves. That’s boring. But getting surprised by an endangered monkey… That’s a moment I won’t forget.

Evan Purcell is a teacher and writer who has lived everywhere from America to Zanzibar. He is currently doing volunteer work as a teacher in Bhutan. His latest novel, One Night in Zanzibar, is an action-packed romance based on real places and situations on the beautiful African island. You can read more about his travels and writing at http://www.evanpurcell.blogspot.com or http://www.tiirgearrpublishing.com/authors/Purcell_Evan/