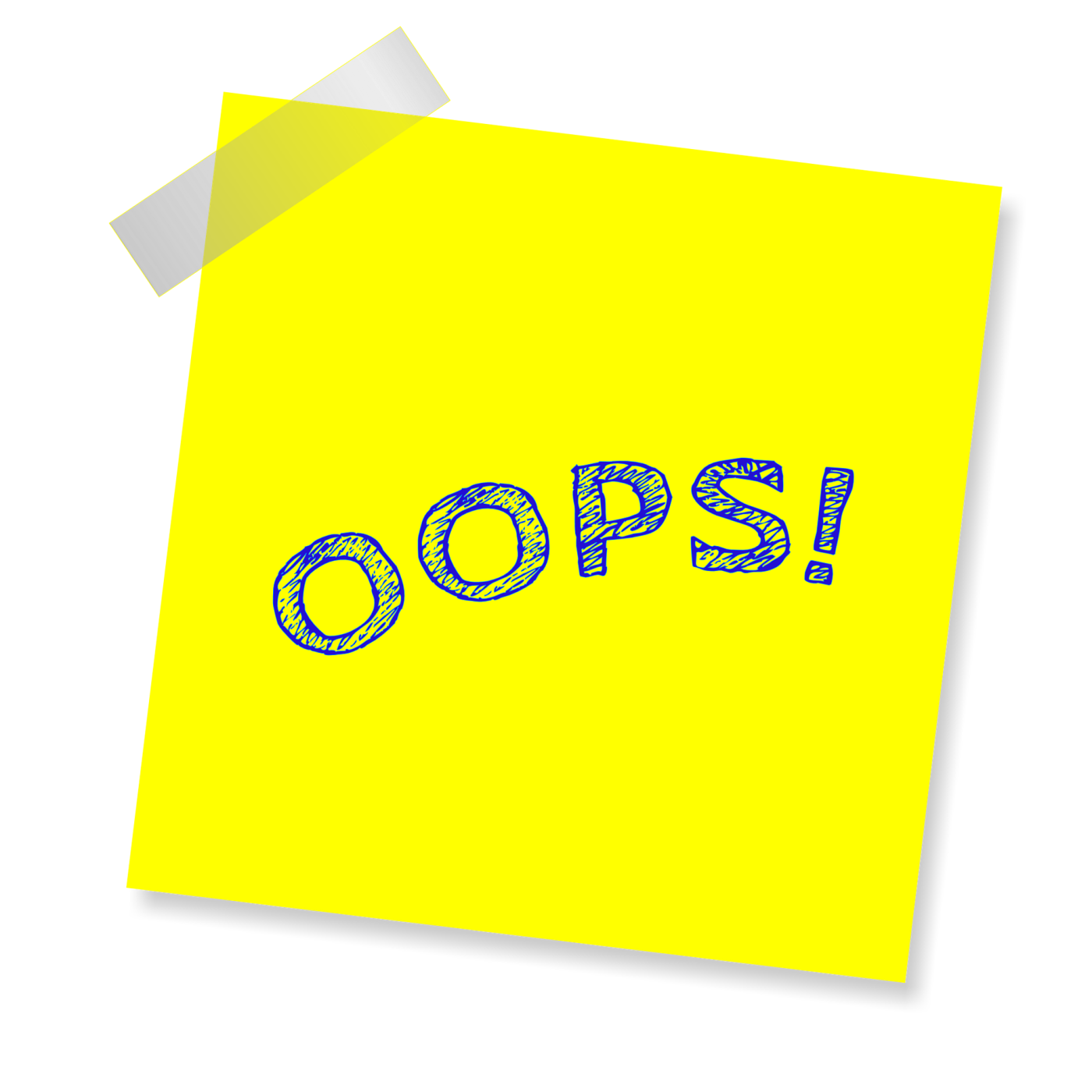 Buckle up kiddos, because this one’s a ride. We’ve got casual gun pulling, tax evasion, and a double dose of pure corruption coming your way. Once again, if you think you might be somebody for whom this content may be inappropriate, like children and family members, head on back to safety right now.

Before we get into the story of how I may or may not have accidentally robbed the Moroccan government though, we’ve got some backstory to cover.

Basically, I was in Rabat for a study abroad program and I was stoked on learning. I dutifully did my readings, wrote my essays, and learned about human rights and culture like a good little future diplomat. That is, until the day my laptop died.

I tried everything, but eventually, I had to accept that it wouldn’t be revived. This led to a month long battle with Apple about how to get it repaired, which ended in them shipping me a brand spankin new laptop just to stop me complaining (awesome)

So I wait for that sweet expedited shipping, buzzing with excitement at finally being able to get my Netflix on again, and finally I get an email. My laptop is in Morocco! All I have to do is go and pick it up at the customs office in Casablanca. Hell yeah.

Off to a bad start

I take the day off school. I tell everyone I know that I’m about to return triumphant, new laptop in hand. I roll up to the train station like a prize fighter hyped for the big match.

I miss my train.

It takes me 3 hours to even get to the airport.

This is fine, I tell myself. Everything is fine. I finally get to the airport and start asking around for the customs office, which I know is in terminal two.

Immediately, I realize that my French and Arabic vocabulary units have failed me. No one understands quite what it is that I want.

“I have a package, I need to get to customs.” I keep saying.

“The baggage claim is this way.” They keep responding. Everyone thinks I’ve just arrived on an international flight.

So asking around has failed. That’s okay. Everything is fine. I repeat my mantra to myself. Surely a taxi driver will be able to get me to terminal two.

I hop into a taxi and ask how much for a ride to terminal two, which I know isn’t far.

“One hundred dirham.” The man responds. That’s like, ten euros. I get out of the cab.

The next two drivers I ask give me the same quote, thinking I’m another tourist fresh off the plane and primed for scalping. I need a new strategy. The next time I get an outrageous number, I make a big show of getting out of the cab.

“You insult me with this price!” I shout. “I live in this country, and I know what taxis cost. Shame on you!”

The next driver I ask offers me a price of two euros. Hell yeah.

Everything is not fine

So I’m feeling pretty good about myself for defeating the taxi cartel, and sure enough the guy drives me off to a government-looking building behind the airport. I’m about 5 hours into this whole affair, and I’m ready to get my damn laptop.

I get out of the taxi, and immediately a soldier approaches me.

“No, you don’t understand. I’m here to pick up a package.” I hold up my package claim slip to show him. Is this terminal two?”

“Yes, but you need to leave. Get back in the taxi.”

“Get back in the taxi, you’re not allowed here.”

The soldier starts yelling at the driver for even daring to bring me here. Refusing to give up and go back to where I came from, I slink away to snoop around for the customs office. Everything is fine.

My hopes are dashed, but I’m not giving up. Seeing as this is terminal two, surely my package must be somewhere close by.

Unfortunately, it is not close by.

I walk around for about an hour, during which time it starts to rain. I take cover under a tree only to be shooed away by an elderly Moroccan woman who does not have time for my shit. I start to cry. I contemplate paying absurd international fees to call my mom. I’m basically reduced to this:

I get in a car with strangers

So I’m sitting on a curb in the rain, pathetically holding my package slip and considering just rolling over to die, when a car rolls up. A man calls out from the window—in ENGLISH!

“Hey we’ve passed by you twice now and you seem….wet. Do you need help?”

Oh my god do I need help. “Yes, actually.” I say, playing it cool. I hand the guy my package slip.

The door to the car opens, and I can finally see who’s inside—five very large men carrying very large guns. This is literally a taxi stuffed full of soldiers like a damn clown car.

There are some moments where you really need to ask yourself what something is worth to you, where you need to let the possibilities of what might be run through your head.

Apparently, my desire to watch Netflix and skype my girlfriend outweighed my fear of being in a car full of large men with guns.

So I’m sitting in this car, all but resigned to my terrible fate. The headlines are flashing before my eyes: Study abroad student, dead because of own stupidity. No one felt sorry for her, sources report. And all of a sudden the car stops and this cheerful young soldier pops out and opens the door for me.

“This is the customs office, I’ll take you in!”

Turns out, the solution to all my problems was getting into cars with strangers. Take that, kindergarten.

So this guy takes me into the customs office, which is an absolute mess of people. Seriously, imagine the worst bureaucracy you’ve ever seen. Now add in languages you don’t speak and twice the people, and this is the Moroccan customs office.

My new friend sees me looking at the lines, and says “Don’t worry. I’m air force police.” We walk right past the queue.

Now cutting in line is something I’m pretty fine with. Realistically, I’ve been doing it since I was in the lunchroom at elementary school, and I’m sure I’ll be doing it long into adulthood. What I didn’t know was that cutting in line was a slippery slope of increasingly illicit activity.

My new friend starts talking to people in Moroccan Arabic, a dialect I barely understand. I have no idea what is going on, only that we are being allowed deeper and deeper into this honeycomb of offices.

Finally, we reach a man who tells us where to find the laptop. We race back outside, and my guy  flags down a cargo truck. He talks to the driver, gesturing to his uniform, and we climb on in. Apparently air force police personnel can get rides from anybody, any time. This is fine.

So we head toward a fenced off and heavily guarded area and roll up to a security checkpoint, where we are stopped by the guards. They begin arguing. Many gestures are made in my direction, and I imagine the conversation is going something like this:

We get into the secure area, and my new friend turns to me to explain what’s just happened. “He’s my homie.” He says, gesturing back at the gate guard.

And just like that, cutting in line became a gateway drug to using corruption. Everything is fine?

So we get to the cargo bay where they’re holding my laptop, and they unbox it. It’s in my hands. Holy shit yes I’ve done it.

Not so fast. Letting the story end here would just be too damn easy.

“All you’ve got to do now is pay taxes.” The guy says. After all, I’m importing expensive electronic equipment.

Fine. How much could the taxes really be, after all?

Apparently, they are one thousand US dollars. Cash.

He argues with the men for a little while. “I’ve got them down to seven hundred and fifty.”

He argues and argues, things seem to be getting heated. I’m about ready to accept my fate and cough up, when this kid starts reaching for his gun.

It’s an oddly casual gesture, but a deliberate one. The gun is leaving the holster. Everything is in slow motion. I’m about to become an accessory to murder.

And miraculously, the bureaucrats back down, sweat breaking out on their brows.

My friend turns to me, a smile on his face. “No taxes.” He holds his fist out for me to bump it.

So I’m fucking rattled after this. But I have my new laptop box and it didn’t break my bank. What is there to do but go with it?

We flag down another truck, and he orders it to take us back to the main airport. I can’t even tell if I’m clutching my laptop box because I’m happy to have it, or to keep my hands from shaking. Maybe both.

The kid waves goodbye as I get out of the truck.

“Come back to Casa and visit me soon?”

“Absolutely!” I shout back, managing one last smile.

Everything is fine, I repeat to myself, walking away on shaking legs.

Want more stories of my misadventures? Don’t forget to subscribe!