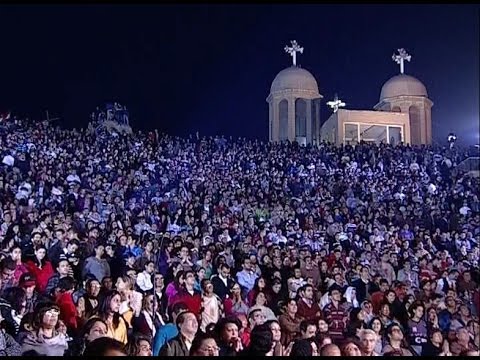 Cairo is one of my favorite cities I’ve visited. It’s vibrant, full of history both recent and ancient, and is packed full of must-see sites. But with a city like Cairo, it’s easy to feel overwhelmed by the vast number of famous places and forget to enjoy the actual city.

So here is my list of five surprising things to do in Cairo that aren’t going to Giza.

Go clubbing on the Nile-Cairo actually has a pretty exciting night life. If you head down to the waterfront, many of the large barges convert themselves into nightclubs when the sun goes down. Many boast open bars, beautiful views of the water, and a surprisingly lively dancing scene. If clubbing isn’t for you, head down earlier in the day for fine dining or casual smoking.

Go to a trendy Hookah/smoothie shop-Smoking in the Middle East and North Africa has a bit of a reputation for being seedy and dominated by older men. But Cairo’s bustling downtown has many shops that cater to younger crowds. With bright interiors, beanbag chairs, and large menus of fun hookah flavors and delicious desserts, it’s a surprisingly fun way to spend a quiet night with your friends.

Volunteer—If you’re going to see Cairo’s glory, you should see its squalor too. This was the logic that led my friends, Egyptians from a very wealthy family, to take me to Cairo’s famous Garbage City. It’s a humbling experience, and even if you can’t do any volunteer work, I agree with my Egyptian hosts: visitors who want to experience the grandeur of the ancient city should be prepared to understand that life isn’t good for everyone.

Since I was visiting around Christmas time, we went to Mother Theresa’s orphanage in the neighborhood, an establishment that takes care of the sick and the elderly as well as children. We brought newly purchased toys and old clothes to donate, and spent the day helping out around the facility.

A word of caution—if this interests you, leave your cameras and phones at home.

This isn’t a place to go if you’re looking to snap charismatic photos of you holding African orphans. If you choose to spend some time volunteering, you’ll most likely be helping with practical tasks like moving furniture, feeding and spending time with elderly residents, and maintaining the grounds.

So bring a few toys and coloring books and leave the kids alone to enjoy themselves, and focus on making yourself useful and reminding yourself that not everybody can live the way you do.

Go to Mass-Egypt is dense with religious history. While mainly known as a Muslim country, Egypt has sizeable populations of Christians, particularly Coptics, and because of its historical importance, it boasts some of the biggest and grandest churches in the world.

Even if you don’t consider yourself religious or a practicing Christian (like me!), consider at least visiting some of the churches. They’re truly massive, incredibly beautiful, and most have deeply religious histories. Many are burial sites for saints or are memorials to major moments in religious history.

One I highly recommend visiting is the cave church just outside of Cairo. It’s true to its name, as it is an open air church that actually sits inside a massive cave. During mass, it can hold crowds of over 70,000 people, but you can also visit it when its empty just to take in the awe-inspiring sight.

See Saqqara—okay, so this one isn’t so much surprising as it is underappreciated. But with all the hype surrounding the pyramids at Giza, people often forget that the even older, and equally impressive, step pyramids are very close by. This site often has much smaller crowds and much less regulation than Giza, meaning you’ll be more free to explore. For a few bucks, you can even pay a guide to take you inside of a priest’s burial chamber.

If you want to see inside a pyramid, but don’t want to pay the steep fees or put up with the sweltering heat and slow moving crowds at Giza, Saqqara is for you.

Cairo is one of the greatest cities to visit if you’re interested in history and culture. But it’s also a real city where real people live their lives. During your visit, try to balance the big tourist sites out with time walking around the city and soaking in some of Cairo’s vibrant daily life.